Stuffing Bobo Balloons | Share with a friend or pin for later! Can you explain how to use the Bobo balloons to stuff gifts in and also where do I purchase from.

There are several methods how to stuff Bobo balloons, depending mostly on what you want to put inside the balloons.

1. Stuffing Bobo balloons with confetti or small items, like a single rose

For filling confetti into a balloon, you can simply use a household funnel. At Alibaba.com I've also seen a kind of pipe that you fill with confetti, then attach it to an electrical inflator and blow the confetti into the balloon.

They call it a confetti filler balloon machine.

I've uploaded an image of it.

For putting something like a single rose into the Bobo balloon, you'd use a piece of tubing, which you could even make out of rolled up cardboard, as shown in this short video.

2. Stuffing Bobo balloons with larger items, like a teddy bear or a flower bouquet

For this method you'd cut the balloon open, along the seam opposite the balloon neck, put your gift inside the balloon and reseal it with a heat sealer.

How do you seal bobo balloons? Cut them open in a straight line. That makes it much easier to seal the opening tightly than if you'd cut them in a curved line. Also try to make the cut as small as possible, just big enough to get your gift item inside.

Here's an excellent tutorial video by Chris Horne from Amscan International. He uses a Crystal Clearz balloon which is made from a similar material as the Bobo balloons.

For the third method you'd need a balloon stuffing machine and a certain type of Bobo balloons.

These 24 inch crystal clear bubble balloons have an extra wide mouth (3.7 inch or 9.5 cm), ideal for stuffing them with cuddly toys or other larger gift items.

Where can you buy Bobo balloons?

Most online balloon shops should carry them. You can certainly find quite a big selection of Bobo balloons at Amazon.

You might also get them at a local party supply shop or even big stores like Walmart, Target or Best Buy.

P.S. Have you seen my page about LED balloon lights? Bobo balloons look spectacular when used with strings of LED lights at night!

Join in and write your own page! It's easy to do. How? Simply click here to return to Balloon Decorations FAQ. 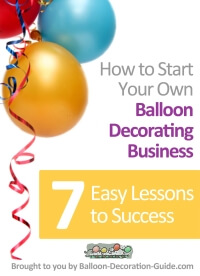 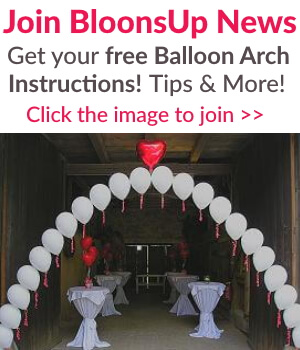 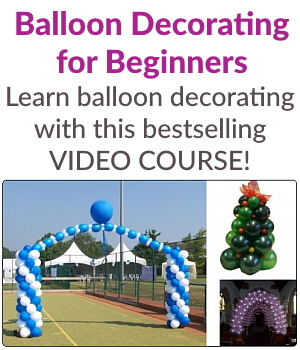